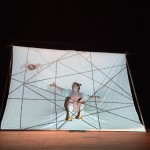 Jenny is a mischievous little girl who loves playing with her Dad. But he has to put on his business suit, pick up his briefcase and go to work. When Jenny grabs hold of his overcoat to stop him leaving, a thread unravels and becomes the start of a magical world of adventure and discovery. 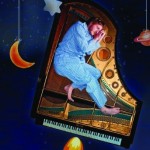 Anatomy of the Piano (for Beginners)

Will asks Father Christmas for a spaceship - he gets a piano! This is a breathtaking adventure into the world of pianos, revealing where they come from, how they evolved and why they make a pretty cool Christmas present. Featuring Bach's cave piano, Beethoven's bad moods and a jam with 'Fats' Waller. 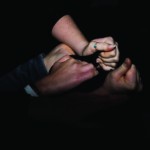 Some People Talk About Violence 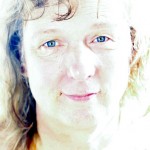 The Gospel According to Jesus, Queen of Heaven

A humane, mischievous and loving show in which bread is shared, wine is drunk and familiar stories are reimagined by a transgender Jesus. ‘Demands to be seen’ ★★★★★ (BroadwayBaby.com). Part of Made in Scotland Showcase. 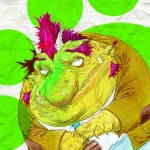 Our Teacher's a Troll

Paines Plough and Half Moon

Two terrible twins rule their school, until the arrival of a headmaster with green scaly skin, sharp gnarly fangs, and a long spiky tail. An outrageously entertaining comic caper from the writer of Matilda the Musical. 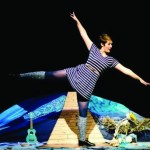 A magical family show with stunning puppetry, original live music and tap dancing that will make you want to stick 50p pieces to your shoes and join in! 'Everything a children’s theatre experience should be' (Childplays.wordpress.com). 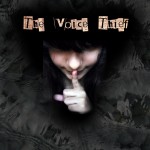 The Voice Thief – a five-star promenade adventure about the mysterious Institute for the Encouragement of Vocal Harmony. For everyone aged nine and over. ‘Everything a piece of theatre should be’ ★★★★★ Guardian 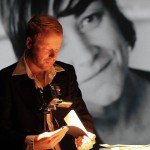 Gerling recounts the stories of people he met while walking over 3,500 km through Germany, creating photographic flip books. These magical studies inspire gentle, profound reflection upon our lives. 'Gerling’s flipbooks are... a poetic sensation' - Augsburger Zeitung 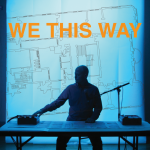 Choose your path through an imagined world… or perhaps your neighbour will choose for you. Without leaving your seat, you – or most of you – can go anywhere. But don’t worry. There’s always a second chance. 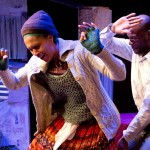 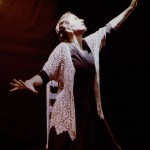 Miraculous true story of four friends and their inspirational conversations with otherworldly beings during a time of great peril. A tour de force performance where audience meets actor for a life-changing spiritual infusion. 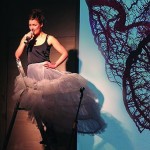 I Gave Him an Orchid

Flight of the Escales

Inspired by real heartbreak stories now and then; some given, some found, some stolen. An act of public self-help, melodrama and poetic meanderings around our perpetual preoccupation with this pumping organ. 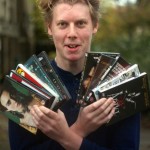 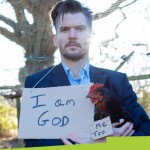 Paradise Lost (lies unopened beside me)

Lost Dog's restaging of the creation of everything. A show for anyone who has created anything (child, garden, paper aeroplane) and then watched it spiral out of control. 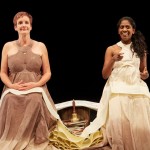 Can I Start Again Please

This bold new work written by Sue MacLaine is both duet and duel as two languages, one signed and one spoken, which are stretched to capacity and the trust between narrator and interpreter tested. 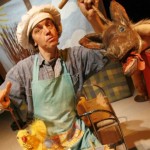 A baby chick is born and thinks the sky is falling down. On the way to tell the King, she meets Henny Penny, Ducky Lucky and Turkey Lurkey, but there's a shocking surprise! Chicken Licken grows up to be the Little Red Hen and asks her friends to help her make bread, but no one wants to play! 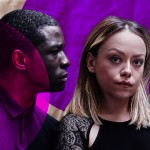 A man arrives at Lucy’s door claiming to be the brother she hasn’t seen in 10 years. But why has he come? An intriguing tale of loss, renewal and knowing who to trust. 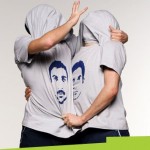 The Place presents: Igor and Moreno

We jump a lot. We sing. We jump some more. We commit. We want to change the world. We promise to persevere. 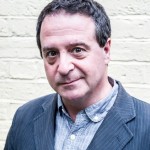 Mark asks the question: If the ramblers of the 1930's were here now what would they do to open up cities? How do we turn the skyscrapers and corporate squares into our playgrounds?