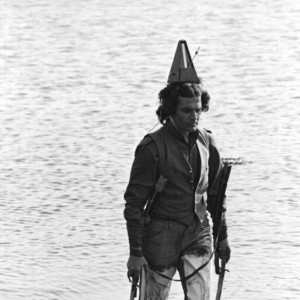 This year the Foundation presents an overview of Richard Demarco’s archive, focusing on his work with artists, theatre makers and the cultural dialogues he initiated. Exhibitions include:

The exhibition coincides with the Henry Moore Institute’s exhibition Paul Neagu: Palpable Sculpture, which demonstrates Neagu’s significant contribution to the narrative of British sculpture. Paul Neagu and Friends gives insight into Demarco’s relationship with Neagu and how this in turn shaped a network of influential artists.

Other exhibitions include: Forth Studios’ Edinburgh International Festival Posters, Italian theatre and La Commedia dell’arte, in collaboration with Accademia Teatrale Veneta, Venice, an exhibition on the cultural dialogue between Poland and Scotland, in collaboration with the City of Wroclaw, and Beyond Conflict, a 2002 exhibition featuring artists exploring the interface between the cultures of Scotland and Islam.