Women, War & Peace Film Screening: The War We Are Living 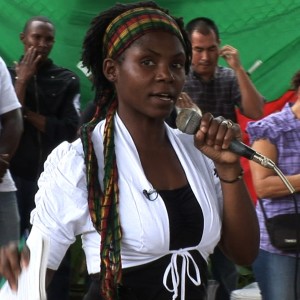 The War We Are Living travels to Cauca, a mountainous region in Colombia’s Pacific southwest where two extraordinary Afro-Colombian women are braving a violent struggle over their gold-rich lands. They are standing up for a generation of Colombians who have been terrorized and forcibly displaced as a deliberate strategy of war. Narrated by Alfre Woodard.

The screenings at Summerhall are in partnership with Beyond Borders Scotland as part of the Women in Conflict Initiative. Women, War & Peace isdistributed internationally by the Fremantle Corporation.