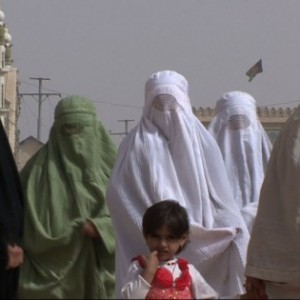 When the US troop surge was announced in late 2009, women in Afghanistan knew that the ground was being laid for peace talks with the Taliban. Peace Unveiled follows three women in Afghanistan who are risking their lives to make sure that women’s rights don’t get traded away in the deal. Narrated by Tilda Swinton.

The documentary series Women, War & Peace spotlights the stories of women in conflict zones from Bosnia to Afghanistan and Colombia to Liberia, reframing our understanding of modern warfare. The screenings at Summerhall are in partnership with Beyond Borders Scotland as part of the Women in Conflict Initiative. Women, War & Peace is distributed internationally by the Fremantle Corporation.