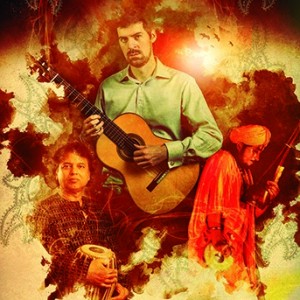 The premiere of Simon Thacker’s latest pioneering intercultural explorations with a special trio line-up of his award-winning Indo-Western ensemble.

“Oh lucky, lucky Edinburgh. Simon Thacker is, in my opinion, one of the most important musicians of his generation.” ★★★★★ Three Weeks 2014

Part of Made in Scotland Showcase