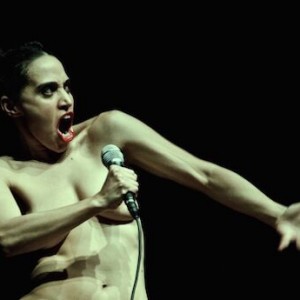 The multi award-winning international hit play returns for its final Edinburgh performances. Winner of six major awards including a Fringe First and The Stage Best Actress.

Having thrilled audiences around the world, Silvia Gallerano reprises her critically acclaimed award-winning performance in Cristian Ceresoli’s sensational play, trailblazing its poetic shocking stream of consciousness on the human condition.

★★★★★ “A piece so literally and metaphorically naked, raw and angry you’ll leave the theatre feeling as if you’ve had all your skin scraped off.” The Guardian

★★★★★ ”One of the most wonderful full-on performances ever seen in Edinburgh.” The Scotsman