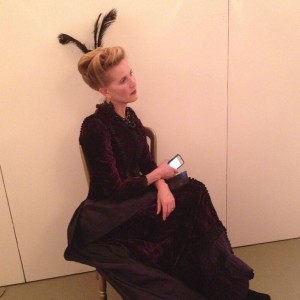 A film based on a theatre event inspired by the rituals of the 19th century salon.

The Salon Project offers audiences the opportunity to explore the past while imagining the future, to mirror the contrasts and paradoxes between the golden age of salon society and our own era of economic excess.