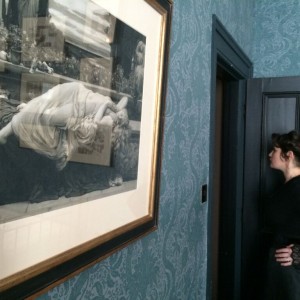 Hibrow’s production team is the only film crew ever to have been given permission to film inside the house. Shot in different rooms with no live audience the film takes on the point of view of a witness to the drama, without the strictures of a staging platform.