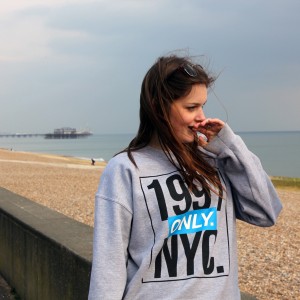 Along the cycle paths, alleyways and canals of London comes a spoken word theatre coming-of-age story that maps the journey of a young girl from Brighton to the tenements of East London as a 20 something.

Writer and performer Cecilia Knapp’s debut piece is a journey through flashbacks to her father singing, her mum’s cassette tapes in the car and the sound of the sea. Cecilia explores loss and circumstance in an attempt to reconcile her past, telling stories and reflecting on the characters she meets along the way who help her make sense of the world, and realise that things can be ok in the wake of it all.

Developed with support from Rich Mix